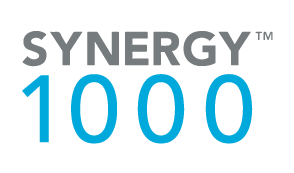 MET Plastics specializes in injection molding of high-end critical parts, catering to Original Equipment Manufacturer’s (OEM) with build requirements ranging from 100-100,000 units. By specifically focusing on the low volume market, MET Plastics is able to ensure a higher level of service than a traditional injection molder would be able to offer to these industries. “MET Plastics is a low volume precision molding company. We do what other larger volume molding companies can’t,” said Wayne Maurer, Quality Manager for MET Plastics. “Working within such tight tolerances from as small as .001”and weights ranging from less than ½ a gram to 6 ½ lbs, we make sure it’s right before it goes out of our facility. Currently, MET Plastics is supplying plastic parts to the aerospace industry and defense industries as well as the medical and food service industries.”

“We have jobs that can be from 2 hours to 3 weeks,” Maurer commented. Prior to implementing the Synergy Statistical Process Control (SPC) software, MET Plastics had difficulty tracking the results of measurements. “When a job lasts only two hours, it is difficult to track trends as they are happening. We used to be running behind production, now we keep up with production,” Maurer said.

During the selection process, MET Plastics tested out other SPC software packages. “What decided Synergy for us was the ease of use. We found that the competitors were not as easy to use and to setup,” Maurer said. “Working with the test software from one competitor, it took me 1 ½ hours to set up one part: with Synergy, it took 5 minutes to set up the same part.”

According to Maurer, Synergy was the only software program that could do what he required. “We needed the ability to adapt on the fly for different run sizes. For us, Synergy is just simpler,” Maurer said. “Because we have short runs, being able to track it and tell me when something is trending out of control or out of specification is important, during those few hours. It also gives me the ability to compare previous runs.”

“I love run charts. It’s easy to convert to Cpks when a customer requests it. It just takes a couple of clicks and you get what you need. The other software packages aren’t that easy to use. The run charts also detect a trend fast enough to react to it. It is now tracked much easier and the results are much easier controlled,” Maurer said.

“We’re running 2 shifts with 2 quality people. Taking quality measurements used to take 3 quality people. Implementing Synergy is saving us 14 hours a day. It means I can focus on other things. Synergy has freed up our quality personnel, now it is a constant flow, our throughput has increased greatly. Our finished product is processed faster without any lag time. Our quality issues are less because we detect issues faster than before,” Maurer said.

Because of the time saved using Synergy, Maurer is focused on increasing MET Plastics’ certifications. “In addition to being ISO 9001:2008 certified, we are also preparing for AS9100 for aerospace, and working on ISO 13485 for medical,” said Mauer. “Synergy is making it much easier to track the information required for these certifications. All the information is in the database.”

“Without Synergy, we would have to hire another person to accomplish the certification levels we are planning to achieve. It would be 1 to 2 years before we would be ready,” concluded Maurer.

“I love run charts. It’s easy to convert to Cpks when a customer requests it. It just takes a couple of clicks and you get what you need. The other software packages aren’t that easy to use. The run charts also detect a trend fast enough to react to it. It is now tracked much easier and the results are much easily controlled.”

Bright Plastics manufactures plastic injection-molded parts for a diversity of industries, resulting in broad expertise and experience in meeting a r

For Portage Plastics, SynergySPC Paid for Itself in the First Year

Portage Plastics Corporation (PPC) is best known for being a thermoforming company. Thermoformed packaging components roll off the production lines b

Sahale Snacks, Inc. was founded in Seattle 2003 by two friends that set out to create a natural and healthy snack that tasted great. Sahale Snacks is